The site proposed site was discounted through the Methodology and Assessment.

This site, P4, is not to be confused with the site P8 – Land adjacent to The Dairy, The Street, Plaistow. This site, P4, was assessed using Chichester District Council SHLAA criteria. Only the infill land (0.045ha) between The Dairy and Edmund’s Hill Cottage was originally identified and assessed.

The site benefits from being in very close walking distance to the following Plaistow village facilities and services which include: a Church, primary school, store with coffee shop, pub, village hall (Winterton Hall – with a Youth Club, a pre-school that has a dedicated outdoor playground, weekly post office services dispensed in the Youth Club – to the rear of the hall and an outdoor multi-use games area); a village green; a recreation ground with a pavilion (formerly a cricket club) and an outdoor childrens’ playground; and a football club with pavilion.

It was thought the site possibly could come forward but for a maximum of 4 dwellings, which would then be considered windfall and not count to the Parish housing allocation of 10 units. Therefore the site as originally identified was considered too small to meet the Parish housing allocation and below Chichester District Council threshold of 5 units. On this basis, the site was discounted. This area was later re-assessed with other land, as Site: P8 – Land adjacent to The Dairy, The Street, Plaistow, when it became known it was the same landowner who owned the field behind.

This site is still higher up in meeting most NPPF sustainability criteria than others that have been identified, including the site noted in the CDC Site Allocations Development Plan Document (SA DPD): Land to the North of Little Springfield Farm Plaistow Road Ifold. 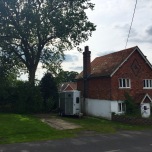 Photo 13: The Dairy – noted as a building of positive merit in the Plaistow Conservation Area 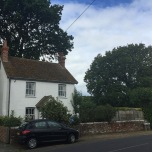 The Parish Council thanks the ExxonMobil Volunteer Involvement Programme (VIP) for its grant to support further development of the Neighbourhood Plan.

Plaistow & Ifold Parish has funding and technical support from My Community and Locality who deliver programmes of grants on behalf of the Ministry of Housing, Communities and Local Government (MHCLG) in collaboration with their partners. www.locality.org.uk www.mycommunity.org.uk www.groundwork.org.uk